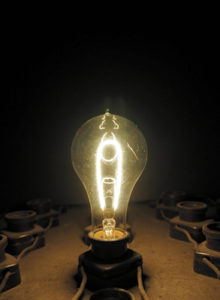 Don’t sit around and wait to be told what to do. Take initiative and figure out what you can do.

An acquaintance recently told me about his experience as a young NASA engineer. Eager to prove himself, he plowed through his first few assignments and then returned to his manager and asked, “What should I do now?” The boss promised to get back to him. So he waited a few days and, when no direction came, he asked again only to be told, “I’ll get back to you.”

As the days passed, he became increasingly frustrated. Once again he pleaded for a project… but this time the response was different: “You figure it out,” his boss said.

So he started paying attention to what the other NASA engineers were doing. He saw that some of the project teams had more work than they could handle, so stepped in and offered to help. The others were delighted to have him lighten their loads. His boss noticed the initiative. And in short order, he became a valued and trusted resource.

The point is that rather than sit around and wait for the work to come to him, the young man went out and found the work. That young engineer is now in his 70s and he’s running a startup company – effectively still “inventing the work.” Think about that for a minute…

What kind of a difference could it make if you – or your employees – started to invent the work?

Takeaway: New opportunities might be right under your nose. Don’t shy away from them. Invent them.

Pink slip? Get back in the black.

If you've been part of a layoff, we can help you get back to work.…